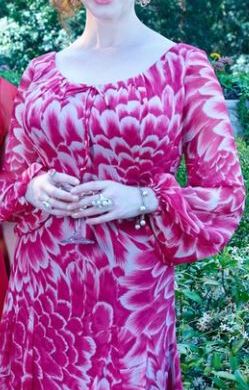 Roger Sterling’s witticisms have lightened the mood at Sterling Cooper since Season One’s quip, “When God closes a door he opens a dress.” By his own admission Roger spends his… Read more Mad Speculation – Roger Sterling →

It doesn’t take too much guessing to predict what will become of Pete Campbell in the waning days of Mad Men. Don outlined Pete’s fate for us in “Smoke Gets… Read more Mad Speculation – Pete Campbell →

As we count down to the final seven episodes of Mad Men brief speculation on the fate of our favorite characters feels in order. Let’s begin with Megan Calvet Draper… Read more Mad Speculation – Megan Draper →

Arrow – Where Love Is a Battlefield

Arrow returned in fine form with “The Offer,” a crossroads episode in which Oliver Queen regains his equilibrium. Ra’s chooses Oliver to replace him as the “next Ra’s al Ghul”… Read more Welcome Home Oliver Queen →

In the Ladies Room with Claire Underwood

Claire Underwood, played by Robin Wright, has always exuded feminine strength alternately pushing her husband Frank to the top and climbing there on her own rung by rung. In House… Read more In the Ladies Room with Claire Underwood →